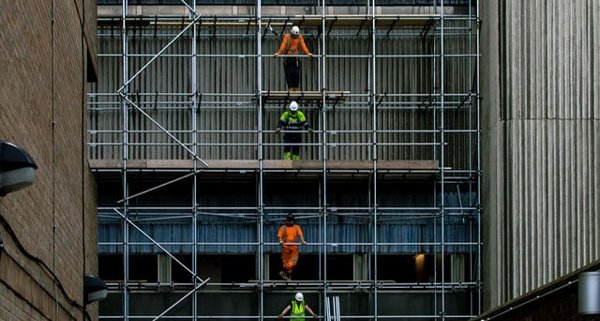 Your scaffolding affects the speed, efficiency and output of your building project. Find out about the different types of scaffolding in the construction industry and pick the right one for your site.

Which scaffolding material: steel or aluminium?

In addition to the main scaffold structure, you’ll also need to consider the scaffold boards, which can be made from steel, aluminium or timber. 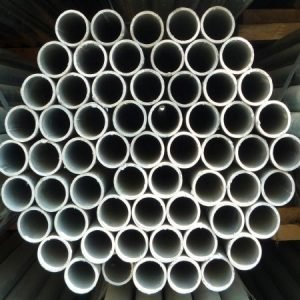 Putting it all together

There are several methods of assembling scaffold. The type of scaffolding you choose for your project will depend on its complexity (do you need to adapt to an irregularly-shaped structure?) and the time or labour you can afford to spend erecting the scaffold.

The traditional method, tube and clamp scaffold, is a simple system of metal tubes fixed together with clamps. It’s really versatile, which makes it suitable for a wide variety of different projects, but it is labour-intensive to assemble.

Frame and Brace scaffolding is a commonly-used lightweight system consisting of frames connected together with bracing. It’s quick to erect, but it can’t hold as much weight as a modular scaffolding system.

Scaffolding can be supported by the ground, or suspended from high up. There are a number of different options suitable for different buildings.

Supported scaffolding is built from the ground up. It’s the most common and simple way to support your structure.

This type of scaffolding consists of a platform suspended from a roof or other high point, rather than built up from the ground. It can save on costs if you are working on a very high structure, but it’s usually reserved for light work such as window cleaning or routine maintenance. It’s sometimes known as swing set scaffolding.

With mast climbing scaffolding, the platform ‘climbs’ up and down vertical mast structures which are built from the ground. It’s useful if there’s limited space on the ground, or if the platform height will need to be adjusted a lot – for example, when building a wall.

Rolling scaffolding is supported on the ground, but it’s built on castors, so it can be moved horizontally to different areas of a building. It’s sometimes called mobile scaffolding.

We’ve been supplying scaffolding to the construction industry for over 40 years. Take a look at our scaffolding equipment. Can’t see what you’re looking for?  Contact us for expert assistance.

Covid-19 and Site Safety: What you Need to Know

When Should Scaffolding Be Inspected?
Scroll to top

This site uses cookies. By continuing to browse the site, you are agreeing to our use of cookies.

We may request cookies to be set on your device. We use cookies to let us know when you visit our websites, how you interact with us, to enrich your user experience, and to customize your relationship with our website.

Click on the different category headings to find out more. You can also change some of your preferences. Note that blocking some types of cookies may impact your experience on our websites and the services we are able to offer.

These cookies are strictly necessary to provide you with services available through our website and to use some of its features.

Because these cookies are strictly necessary to deliver the website, refuseing them will have impact how our site functions. You always can block or delete cookies by changing your browser settings and force blocking all cookies on this website. But this will always prompt you to accept/refuse cookies when revisiting our site.

We fully respect if you want to refuse cookies but to avoid asking you again and again kindly allow us to store a cookie for that. You are free to opt out any time or opt in for other cookies to get a better experience. If you refuse cookies we will remove all set cookies in our domain.

We provide you with a list of stored cookies on your computer in our domain so you can check what we stored. Due to security reasons we are not able to show or modify cookies from other domains. You can check these in your browser security settings.

These cookies collect information that is used either in aggregate form to help us understand how our website is being used or how effective our marketing campaigns are, or to help us customize our website and application for you in order to enhance your experience.

If you do not want that we track your visit to our site you can disable tracking in your browser here:

We also use different external services like Google Webfonts, Google Maps, and external Video providers. Since these providers may collect personal data like your IP address we allow you to block them here. Please be aware that this might heavily reduce the functionality and appearance of our site. Changes will take effect once you reload the page.

The following cookies are also needed - You can choose if you want to allow them: